During the week we spent some time revovering from all the Christmas festivities.  I made my way to the Boxing Day sales at 8.05am to pick up some fabulous bargains.  Darren sorted out his garden shed and started painting Megan's room.  I tried not to cook or clean too much so I could have a little break.  We also had a heat wave that encouraged us to get the Christmas tree down while it was slightly cooler on the 29th of December.  Here's what else we got up to -

*  Made a batch of vanilla yoghurt using a frozen starter.

*  Picked a handful of beans every few days.  I started freezing them for future meals.

*  Made a big batch of pita chips.

*  Made chocolate truffles to go to a New Years Eve party. I used homemade sweetened condensed milk from the freezer.

*  Gratefully accepted a bag of shredded paper for my chickens.

*  My family ate leftovers for dinner two nights running after Christmas.  By doing this,  we didn't waste any food.

*  Both the girls took advantage of the sales and bought some presents for next year.  I was so proud of them for thinking ahead and saving some money.

*  I bought lots of hand towels from Spotlight for $4.19 a pack of four.  I also bought some Christmas material at 60% off to sew on the towels.

*  Used scraps of material to make some other hand towels into presents too.  I was on a roll and made 14 in one afternoon.

*  .Made two large dishes of zucchini slice with the last of the zucchinis from Cath.  The slice was cut into single portions and frozen.

*   Picked a couple of handfuls of strawberries.  Jessica enjoyed some with the homemade yoghurt.

*  Bought a Tupperware lidded container from the op shop for $4.50  It looks new so I'll give it a wash and fill it up with homemade biscuits to give as a present.  Tied with a matching bow,  it will look beautiful.

*  Megan got her ears pierced ( seconds ) and handed over a coupon she found online for $5 off.  So proud of her for researching this herself.

*  I used a Spotlight gift card ( Christmas present ) to buy a big pad of 120 Christmas papers for half price.  This will be great for card making..  I also found some craft ribbon at 75% off. 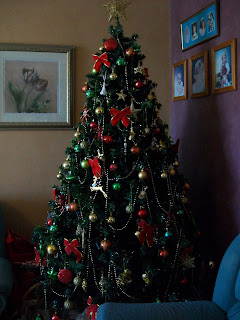 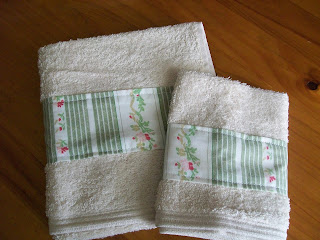 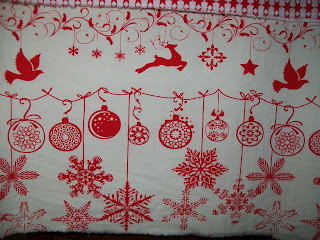 What was on your frugal list for the week ?