I first saw a tutorial for Apple Rose Pastries on facebook a few weeks ago.  They are easy,  tasty and very impressive looking.  After looking at the tutorial a few times I thought I'd give it a go.  I've made a few changes as I came across some problems when making them.  Here's my version of a delightful dessert - 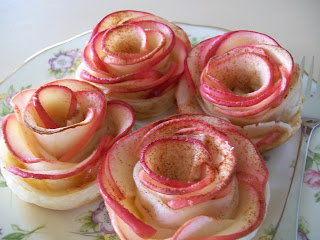 Cut the apples in half and neatly cut out the core.
Thinly slice the apple halves discarding the small end pieces 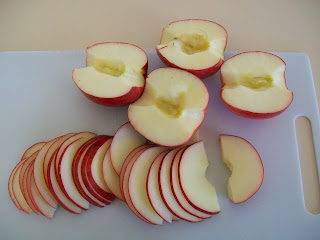 Place and spread out the apple slices in a large microwavable bowl
Pour the boiling water over the apple and add the lemon juice.  Stir slightly.
Cover the bowl with cling wrap and punch a couple of holes in it.
Microwave on high for 3 minutes or until the apple is cooked and soft ( not mushy )
Drain the water and let the apple cool. 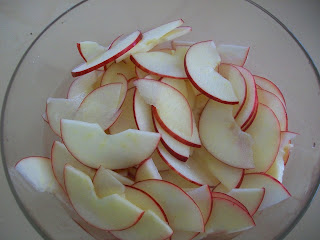 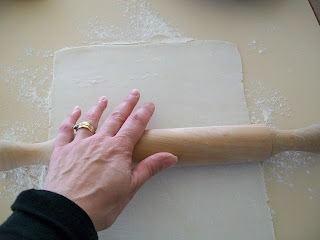 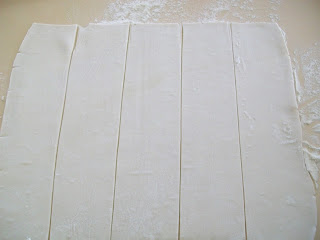 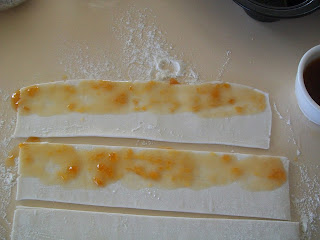 Layer the apple pieces over the jam. Make sure the apple overlaps each other. 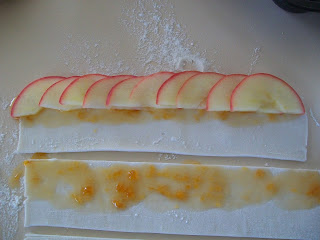 Sprinkle with cinnamon and fold the bottom half of the pastry up towards the top. 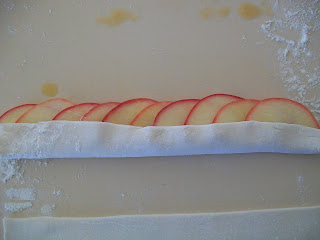 Starting at one end,  roll the pastry up taking care that the apple doesn't fall out.
Pinch the pastry end to the rose.
Place each rose in a lightly greased muffin tin 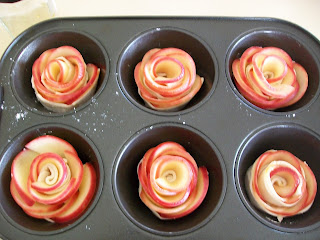 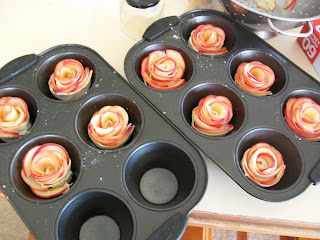 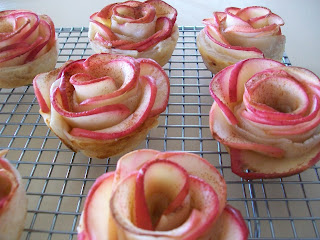 *  The original tutorial said to cut the pastry in 6 strips.  I found the pastry too firm to roll it out this thin.  I think the pastry in the tutorial was American and might be more flexible.

*  Make sure the jam is just warm or it will soften the pastry.

*  The original recipe used cold water to cook the apples.  This takes too long to heat up in the microwave

*  The apple roses can be made and cooked ahead of time.  I found them easy to reheat in the oven on a baking tray.