Another 5 Cleaning Products You Don't Need

Cleaning products can add so much to the grocery bill.  I'm also concerned about the chemicals we are exposed to on a daily basis.  Finding another way to keep your home clean is as easy as making your own products with a few basic ingredients.  Here are another 5 products you don't need to buy.

*  Disinfectant wipes.  For starters they are quite expensive per wipe.  Secondly they are an environmental hazard.  Thirdly,   a cloth wipe and disinfectant will do a better job.  Even better,  a cloth can be thrown into the washing machine to wash and reuse over and over again.

*  Dishwasher air fresheners / cleaners.  What a waste of money.  Clean the filters often with a toothbrush and detergent.  Then clean your dishwasher once a month with Miracle Spray on the door and seals,  bi carb in the powder dispenser and white vinegar splashed around the inside.  Run it on a long hot wash to clean out the pipes.  Dishwashers smell when dirty dishes are left in there for days on end.

*  Surface cleaners.  We are led to believe that a bench is not clean unless we use this harsh combination of chemicals.  The scent can be so strong it can cause headaches and migraines ( first hand experience here ).  Instead,  use Miracle Spray,  vinegar or a little detergent on a clean cloth.  I only use disinfectant on a cloth when I've been dealing with raw meat. All the other times I use Miracle Spray.   I can honestly say my family rarely gets sick and we've never caught gastro from my over worked  kitchen bench.

*  Toilet deodoriser blocks / Blue Loo.   If you believe the adverts for these products,  they are meant to keep your toilets clean without you lifting a finger.  Amazing isn't it ???  I've cleaned thousands of toilets in my cleaning career ( giggle, giggle ) and I can honestly say they do not keep the toilet clean.  Generally the fragrance dies after 2 weeks and the toilet still needs a clean.  Blue Loo ends up splashed all over the walls and who really needs colored loo water ?

Save the toilet deodorisers for when you have a big gathering at your home and you'd like the toilet to smell nice.  Occasionally I use the Duck disks and buy up big when they are half price at $2.80 for a pack of six.  They work out to 46 cent each and last 4 + weeks.  If you want your toilet to stay clean longer,  flush the toilet after each use and definitely DON'T  leave anything in the toilet bowl overnight.

*  Carpet deodorisers.  If you just want your carpets to smell nice,  add a few drops of  essential oil to a cup of bi carb.  Sprinkle over your carpets and leave for 1/2 an hour.  Vacuum up and enjoy your fresh smelling carpets.

Here's the link to the last post I wrote about cleaning products.

Do you use basic ingredients to keep your home clean ?

During the month of January we've continued to be busy around the home and getting ready for 2018.  I've already made a really good start on my birthday and Christmas present list for this year with lots of purchases made during the sales after Christmas.

We also made a trip to Tasmania with Jessica, Megan and Jessica's boyfriend Eugene.  I'll post more about that trip in next week's frugal task list.  While we were away our garden continued to flourish in the heat with the help of our next door neighbour who came over each day to look after our chickens and to water our garden.  When we came home I had 2 kilos of beans to pick and peaches ready to eat.

*  Gratefully received lots of bread bags.  They will be used to wrap food for the freezer and to be used as bin liners.

*  Jessica helped me design labels to attach to bottles of handmade room sprays.  This year I'll be giving some of these as gifts along with lots of other handmade gifts.

*  Picked beans,  raspberries and a few apricots and plums from our garden.

*  Made up a bottle of diluted Dynamo laundry liquid.

*  Made the most of the Boxing Day sales to pick up lots of presents for next year.  I bought up on men's toiletry packs and aftershave.

*  Kept the curtains closed as much as possible on the hot days.

* Saved the shower warm up water to keep our hydrangeas alive.

*  Dried the washing on clothes horses and the line.

*  Used sausages left over from a bbq to make sausage casserole.  I portioned it into single serve and froze for future dinners.

*  Doubled the chocolate brownie recipe to make two.  One was used for a dinner and the other was cut up and put in the freezer.  Chocolate brownie defrosts really well and tastes like it just came out of the oven.

*  Used electric fans on the warm but milder days to save on electricity.


Have you been productive during the holiday season ?
Did you pick up any bargains during the sales ?


No one feels like cooking or baking during the warmer weather.  Here are four easy peasy thrifty recipes that I personally make during Summer for my family to enjoy.


Have you tried making yoghurt yet ?  Here's my simple recipe adapted from The Cheapskates Club.


Making a Chicken Flan is an easy way to use up leftovers.   Any meat or vegetable can be used.  Just vary the seasonings to suit the meat flavour. 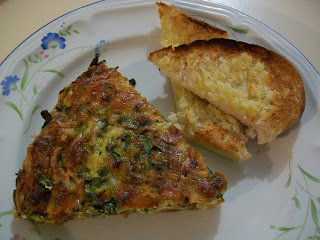 
Summer is a wonderful time to slow down and enjoy some family time.  Unfortunately the bills keep coming in and many people are faced with a huge credit card bill after the Christmas madness.  Here are a few articles about saving during Summer. 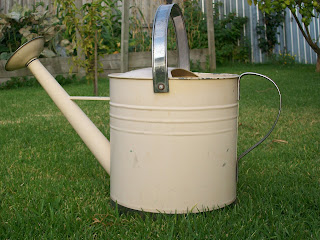 During our holiday down time,  I'm always thinking of new ways to save,  new lists to write and new presents to make.  Here are some reading links to start off the new year on the right foot.

Back to school organisation


Menu planning is a great way to cut your grocery bill


Cath from The Cheapskate Club wrote a wonderful article about cheapskating on auto pilot.  Are you thrifty without thinking about it ? 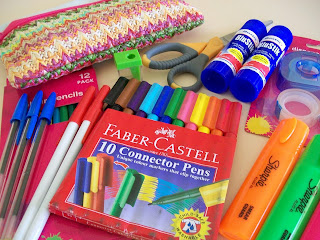