It's been a busy week since last week's frugal tasks post.  Darren and I had a min trip into the city to see Hugh Jackman in concert ( he was awesome ).  We stayed overnight in Melbourne and enjoyed a trip to the Vic Market.  This was booked and paid for early this year before we trimmed our budget.  Holidays are pretty much our only treat and are hard saved for,  well earned and enjoyed.

During the week I've been taxi for Jessica to get to and from work while she was without a car.  I'm pleased to say she bought a car yesterday and is enjoying her freedom again ( so am I ).  Darren's bible college moved into the city recently so he needed to be dropped off and picked up from the train station.  I've had 4 days of cleaning work and looked after Luka a few times.  There were days when I was on the go for 10+ hours with no time to rest.

So after all of that,  I'm looking forward to a slightly calmer and slower weekend.  Here's what I managed to squeeze in when I had a moment to spare -

*  Used up every last drop of the dishwashing liquid bottle by adding a little water,  shaking it then turning it upside down overnight.

*  Made 1 kilo of yoghurt from scratch by using a couple of tablespoons of natural yoghurt as a starter ( from the freezer ).

*  Made chicken stock in the slow cooker using the carcass from a chicken Jessica bought.

*  Made up two bottles of diluted Dynamo laundry liquid.  The ratio is 1 part Dynamo to 4 or 5 parts water.

*  Bought 1 kilo of carrots for $1,  broccoli heads $1 each and cauliflower for $2 ( quite large ) from the Vic Market last weekend.

*  Had my flat tyre repaired for free.

*  This week's cheap meals were chunky chicken and veg soup for two nights and a chop casserole that used two chops but gave us 6 serves.  The recipe is coming soon.

*  Dried a couple of loads of  washing on the line just before a cold front came through Melbourne last Sunday.  Throughout the week the only washing that went into the dryer was work uniforms that were needed the next day.

*  Did the monthly grocery shopping and only spent $67 on bare essentials.  The remaining $33 will be used to buy milk,  fruit and veg for the next three weeks. 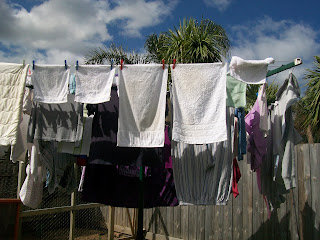 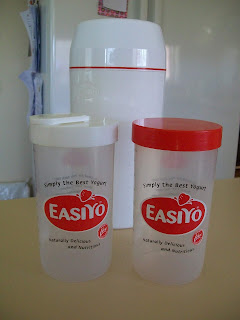 How did you save money this week ?