The weather allowed me to get into the garden a couple of times this week.  We've had a good amount of rain too.  Here's what we got up to this week -

*  Bought a punnet of Cos lettuce seedlings from Big W for 50 cents.  They were on clearance because they had a few dry leaves on them.  I picked a punnet with 10 seedlings

*  Picked a couple of  raspberries per day.  It doesn't sound like much but in the middle of the season I'll be picking handfuls twice a day

*  Continued to pick a handful of strawberries each day.

* .Jessica made a double batch of chocolate choc chip muffins for snacks.  Most were frozen straight away.

*  Darren cooked up some beetroot he'd been growing.  He's even pickled it to be eaten in sandwiches and with salads.  Thankyou to Annabel for the seeds.

*  Watered the veggie seedlings with saved shower warm up water.

*  Hand washed the dinner dishes a couple of nights this week.  There wasn't enough to put the dishwasher on.

*  Unplugged the Wii to keep the standby light off.  The girls don't use it too often these days.

*  Picked a bunch of hydrangeas from the garden for a friend who was in need of a " pick me up '.

*  Darren used shredded paper in the chicken coop instead of hay.

*  Made chocolate cakes for a church morning tea 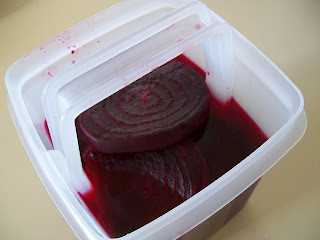 What's on your frugal list for the week ?
Posted by Wendy Gower at 06:00